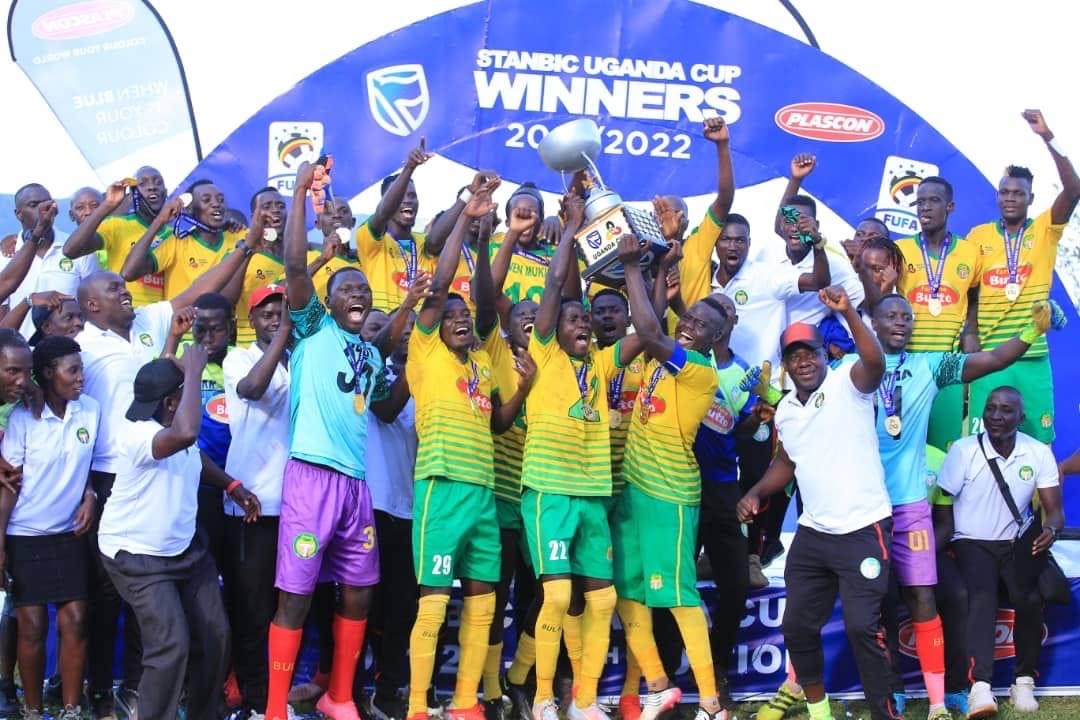 As early as the 70’s, the Eastern region of Uganda was the hub of football rivalry amongst fans of Nile Football Club, UEB FC, Tobacco FC and Nytil FC, who filled Walukuba Tobacco grounds, Kakindu and the Bugembe stadium among others. When those teams eventually lost their prowess due to administrative difficulty, the companies ceased the sponsorships that were attached to them. Also, the locals have patronized the European elite leagues with games at the local scene.

In 2007, the Managing Director of BIDCO Uganda Limited birthed the idea of departmental sports competitions. When he visited the near-by Walukuba playground, he found it battered and dilapidated. He shared the idea with his fellow directors to initiate a strong team from departmental competition that would go on to become the famed BUL FC

Chairperson of the Club cannot hide his joy for having such a strong side in the region as he narrates its humble beginning. "We realized there was a huge gap (in football) in the region, Iganga was inconsistent but Jinja was continuously letting some of its greatest stars depart unceremoniously without recognition. We sat down to start a new football club in the area so as to exploit the untapped talent, but the most important reason was to create jobs for the surrounding community as well," says Chairperson.

The realization that Walukuba had nurtured some of the country`s finest players for the Cranes like Bright Dhaira (now our goal keeper coach) and presently his son Abbey Dhaira (in IBV Iceland), Moses Oloya (In Vietnam Super League), Andy Mwesigwa, Geoffrey Massa (Pretoria University-RSA) and Simeone Masaba broached the idea of the foundation of the club. Under the unfaltering leadership of its founding Coaches Emile Amasha and Lumu Fred, Club Treasurer Roupesh and then Club Secretary Timothy Mwanda, the 2007 campaign started. The Club won the 2007-2008 Jinja Division One league title.

The club then hired the experienced Super League coach Richard Makumbi, who led the BULs to their outstanding performance enroute to the Eastern Mini-league finals. They won the title after defeating Busia FC in the finals, qualifying for the FUFA Big League. The then Coach Makumbi, known in the region as the Ugandan football witch doctor because of his ‘Never Say Die’ attitude, then guided BUL into Big league play offs finals, defeating Iganga Municipal Council FC 1-0 in the extra time thanks to Ali Maganda’s effort, who finished as the season's leading talisman with 8 goals in the Big League campaign.

WHAT HAS GIVEN BUL AN EDGE TO REVAMP FOOTBALL GLORY UP TO DATE? 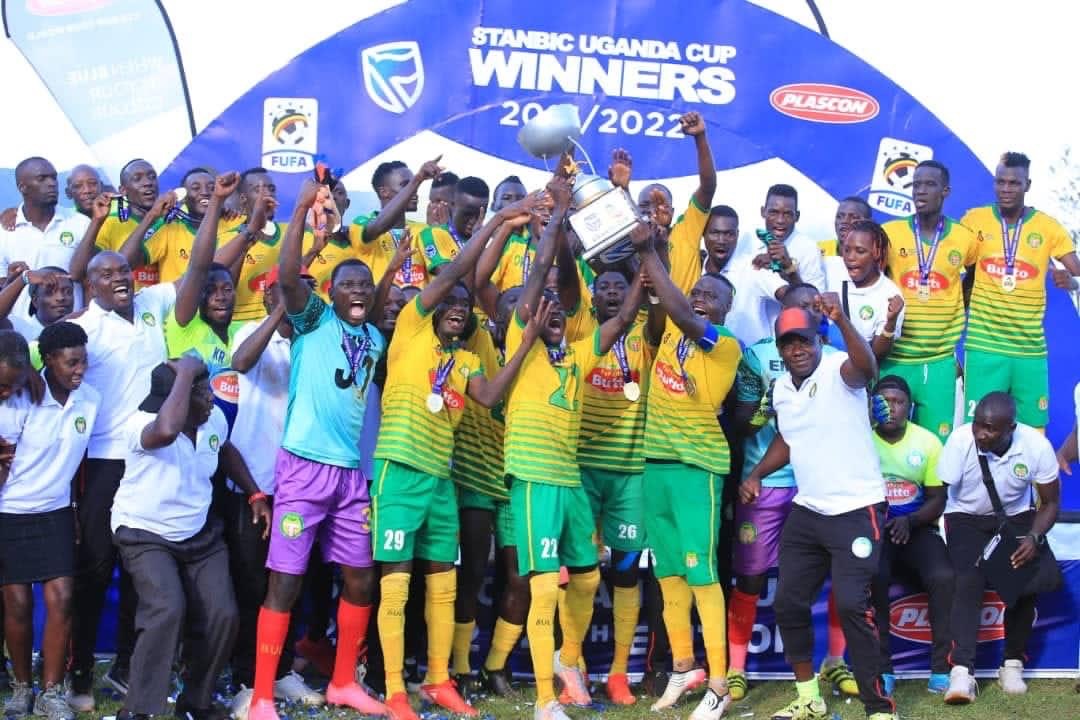 The club's Patrons have put up an unwavering structure that has attracted some of the finest talents in the region and the most signifying factor registering each player to a health Insurance scheme at AAR. This, coupled up with other factors may earn BUL FC its maiden accolade in the Uganda’s top football competitions. “We have tapped the finest talents in East Africa in the past recent transfer period of players, as it’s our style of seeing our brand of breath taking football that has filled the stadium to capacity in all BUL home games at Kakindu stadium”- Current Chairperson of the Club. Fans have already began idolizing some of the club's eye catching talents like Milton Karisa, no-nonsense Hashim Sempala, and Herbert Odipio who have played their games with a lot of enthusiasm. 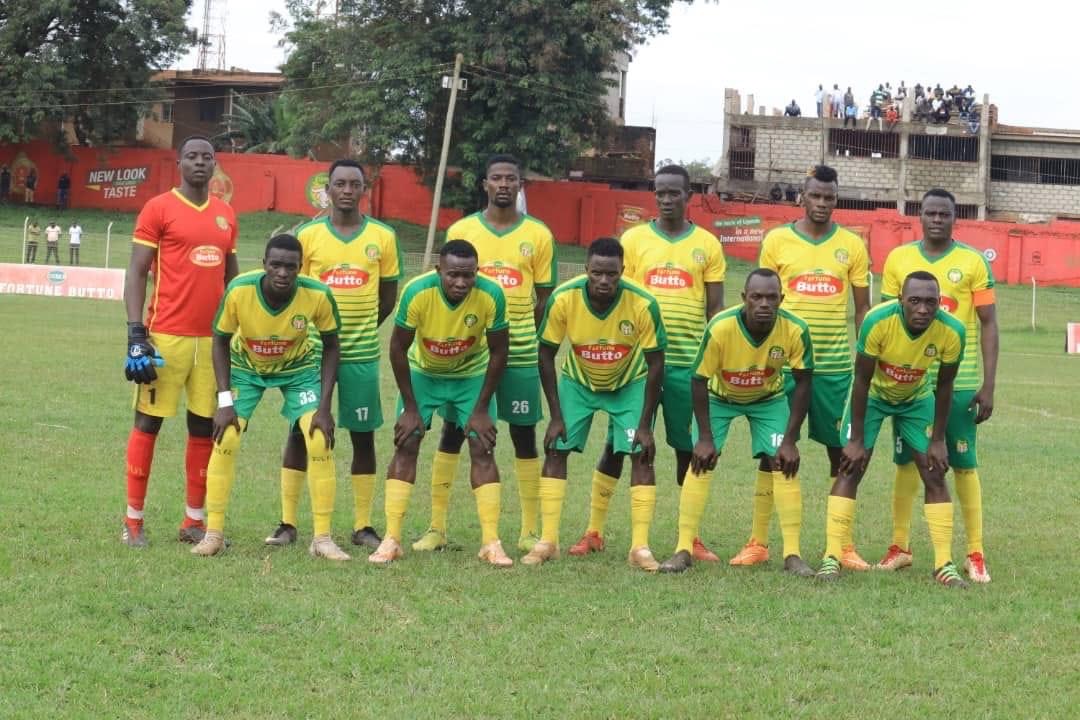 Former FUFA Eastern region Chairperson Sam Lwere also added that BUL FC and the other Super League sides Jinja Municipal Council and Sadolin Paints FC have greatly contributed to the bringing back of soccer fans into football matches in this region, noting that "It is good for the future in terms of revenue and building confidence in players".

BUL FC started in the season of 2007/2008 in which they participated in the Jinja Division one League. It played three seasons in the 1st Division, one season in the Fufa Big League and four seasons in the Elite top League of Uganda.